All over the world, workers of The Lutheran Church - Missouri Synod bring the gospel to a world sorely in need. And for fifty years, the Concordia Plans have provided benefits to protect those workers, leveraging our collective numbers to bring quality benefits to all. 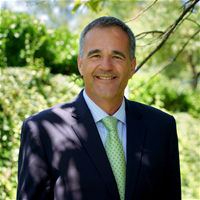 In 2022 Sanft was awarded an honorary Doctor of Laws degree from Concordia University, Nebraska. He also holds a M.S. in Mathematics and Statistics from the University of Nebraska – Lincoln and a B.S. in Education from Concordia University, Nebraska.
Sanft is a Fellow of the Society of Actuaries and a Member of the American Academy of Actuaries and worked as an actuary in the group insurance and employee benefit field for over 10 years prior to joining CPS.
An active leader in the church benefits community, Jim serves as Chair of the Church Alliance, a coalition of his peers from nearly 40 church benefit programs, including mainline and evangelical Protestant denominations, branches of Judaism, and Catholic dioceses, schools, and institutions. This work frequently takes Sanft to Washington, D.C. to meet with members of Congress, regulators, and other officials to discuss issues and concerns of church benefit plans. He previously served on the Board of Directors of the Church Benefits Association and on the Policy Board of Directors of the American Benefits Council as the Church Alliance representative.
Under Sanft’s leadership, CPS has been recognized multiple times as a top workplace in St. Louis. CPS has also been recognized as one of the healthiest workplaces in St. Louis and in 2014 CPS was named to a list of the top 100 healthiest workplaces in the country.
Sanft was commended by the 2016 LCMS Convention for his work in caring for church workers. He was honored in 2019 by the Atlantic District of the LCMS with the “Witness in the Public Square” award for his work in Washington, DC on behalf of church benefit programs and their participating ministries and members.

Jim and his wife Janell are blessed with three sons and daughters-in-law, along with two incredible grandsons! They make their home in Columbia, Illinois and are members of Abiding Savior Lutheran Church in St. Louis, Missouri. Jim enjoys traveling and hiking with Janell, golfing with his sons and sharing their love for Manchester United soccer and Nebraska Cornhusker football.